On occasion I do purchase ready-to-fly model airplanes instead of building, my latest purchase was the E-flite UMX ASK 21 radio control sailplane. This sailplane is just so cute that I could only resist seeing it on the hobby shop shelf (Everything Hobby) for so long.  Part of why I purchased this sailplane was that everything would easily pack into the box it came in which made it great for bringing it along on trips. It is a small sailplane with a wingspan of 34" but it has tiny servos to control ailerons, rudder, elevator, and remote towhook release for aerotow. 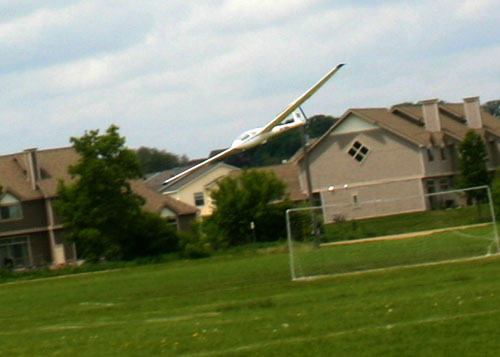 As of yet I have not tried the aerotow but I have flown the glider from a small slope and have done hi-start launch which is included with the glider. The ASK 21 flew well from the small slope in wind that was probably around 10 mph. It does not take a lot of lift to keep it up but the kinetic energy of a glider that weighs under 3 ounces is pretty small. This means the glider will have to carry a good amount of speed to perform a maneuver such as a loop. The receiver of the glider has the AS3X technology which is suppose to make flying smoother, not sure how much it helps as I have not flown it without that feature. With a scale-like look this glider is rather hi-aspect ratio which is not conducive to super stable flight. So far any minor crashes have not hurt the glider at all.

Launching on the hi-start took me some practice to get good launches consistently. I found that it helped to use some throw with the launch to get the glider moving faster right way. Without the momentum given to the glider by throwing, the start of the launch was rather wobbly. It was windy at times the day I tried the hi-start also which does not help. Not a real good day for thermal flying either.  On a better day I will try to see if can get the ASK 21 to climb in thermal lift, I would assume so. 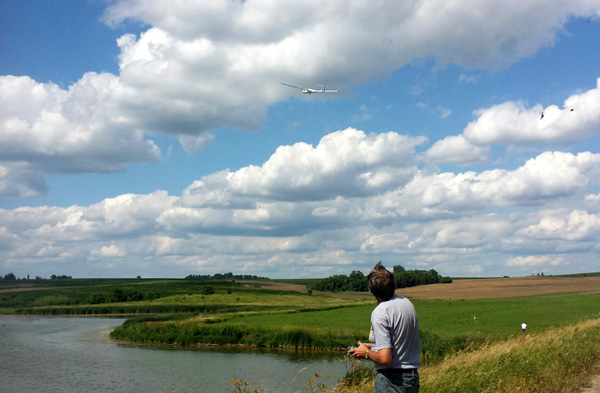 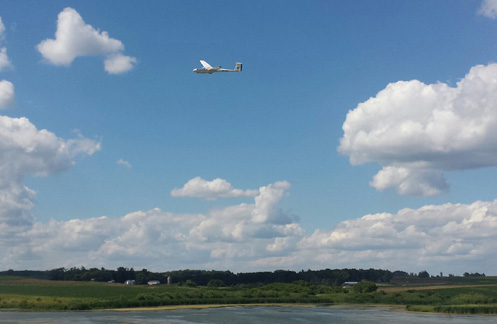 I did more slope soaring with the ASK-21 and it really flew well, with a small slope it looks to be more in scale with the slope making the slope look larger.﻿


** 9/7/2013 Update
From a hi-start launch I was able to have the ASK-21 climb in thermal lift. I was getting better launches also, it helps to give a throw on launch or the glider will stall on the launch. The wing will bend but so far it has not broken for me.


Posted by Scienceguyorg at 7:22 AM