This past winter I built a Guillow's Lancer rubber powered model airplane with just a few modifications. The wood actually seemed fairly light so I did not substitute any of the wood but I did use Esaki tissue for covering instead of the tissue included. Modifications were made to nose area so that the nose was removeable for stretch winding and I tried my new idea of using foam on the sides of the nose block to create more friction so it did not fall out in flight, this is working well. 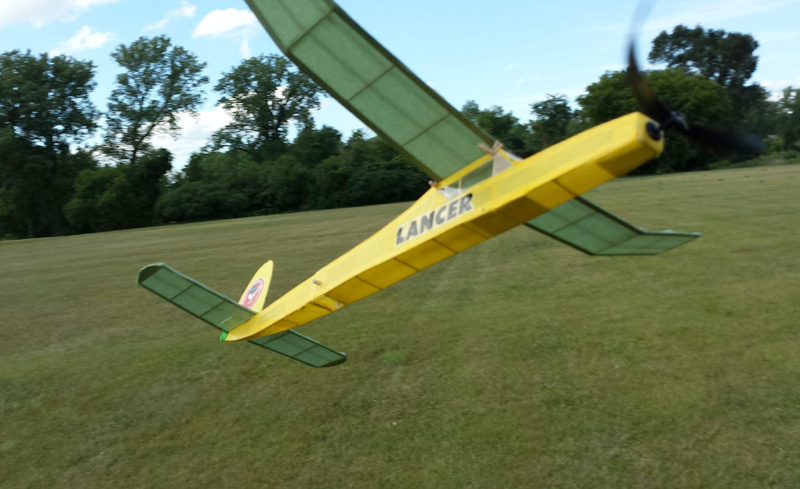 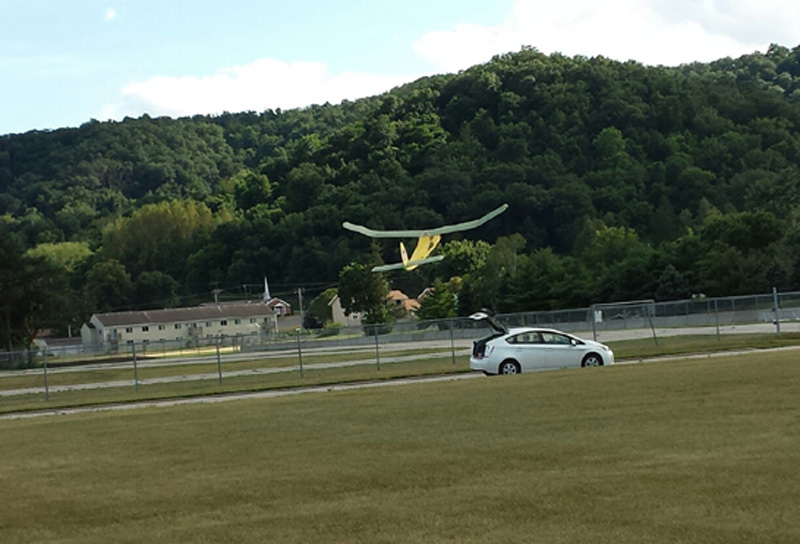 The Lancer flies well but I guess I was hoping it would climb like a competition model which it does not.  Changing to the two loops of  1/8" rubber improved the climb but then the number of turns that can be put in the rubber is less.  Flights are very consistent and you can launch the plane hard almost vertical and it keeps climbing without a hesitation. For the price of the kit and the fact that the kit is fairly available I think the Lancer is a pretty good sport model for someone with some previous rubber model experience. 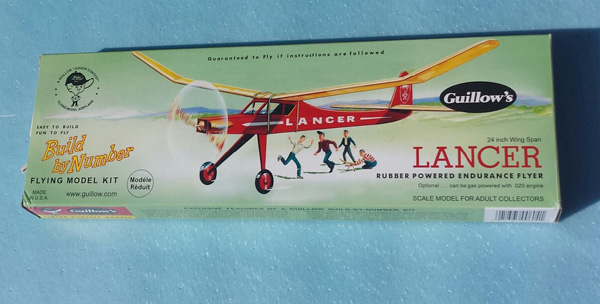 
Posted by Scienceguyorg at 8:21 AM