Ideas That Did Not Work – First Timer Water Rocket 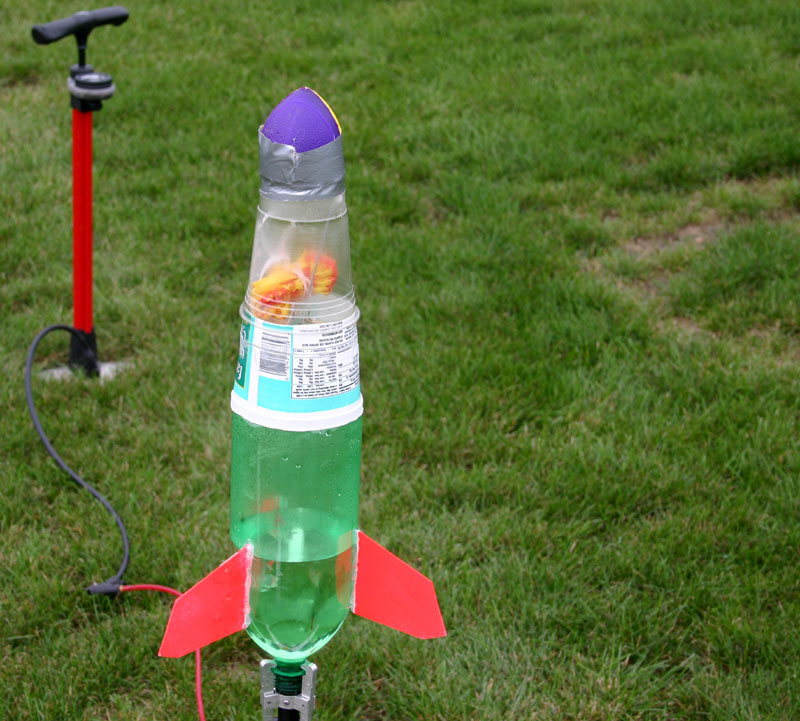 Most likely if you have ever experimented with getting a parachute to deploy with a water rocket you have discovered the challenge in getting completely reliable operation. Compounding to the problem is that when the parachute fails to deploy properly the rocket is so smashed up when it hits the ground that any mechanism is broke so that you cannot see what state it was in before it should have deployed.


The first water rockets I built with parachutes I just set the nose loose on the rocket hoping it would stay on until the top of the launch. This did work some of the time maybe half the time but failing even once can break the rocket.  I tried to design some type of shock absorbing nose tip that would hopefully save the rocket from destruction when it hit full speed with no parachute. One of the first rockets of this type I used part of a foam small football on the end of the nose.  There would be some launches the parachute would come out too soon and it would never get very high.


I had read somewhere about people using the wind up mechanism that comes in some toys that walk commonly referred to as the “Tomy Timer”.  This mechanism can also be used in free flight model airplanes and that is where I found a source for some of the wind-up mechanisms. My first rocket to utilize appeared to work fine on the ground but launch testing it is a whole different situation.  First launch worked perfect and luckily I took pictures because the rocket would be destroyed soon afterwards. 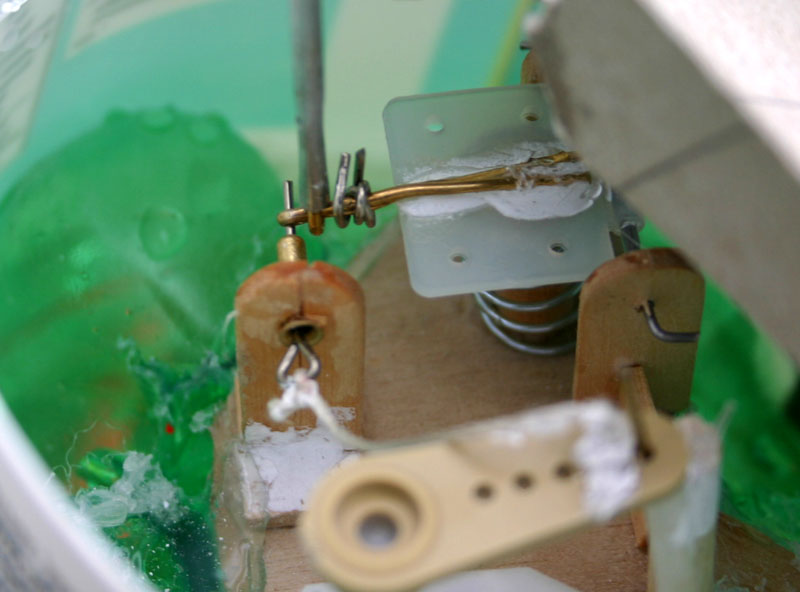 My idea on the first rocket was to have the timer mechanism hold down one side of a compression spring. When the timer mechanism was released to turn it would pull out a small pin that would let the compression spring push a rod that would push off the nose of the rocket letting the parachute deploy. After breaking the first rocket I would even try a second rocket like this with the same results.


My theory to what was happening is that the rod did push the nose off the rest of the rocket but the air pushing against the nose was pushing the nose back down again before the parachute could deploy. These were rockets based on 2-liter bottles and like the saying goes, “the bigger they are, the harder they fall”.


All though frustrating, I find that failure can be a good teacher and forces one to think of the challenge before you in greater detail.
New Water Rocket Article on My Website
Bill Kuhl
Posted by Scienceguyorg at 12:56 PM