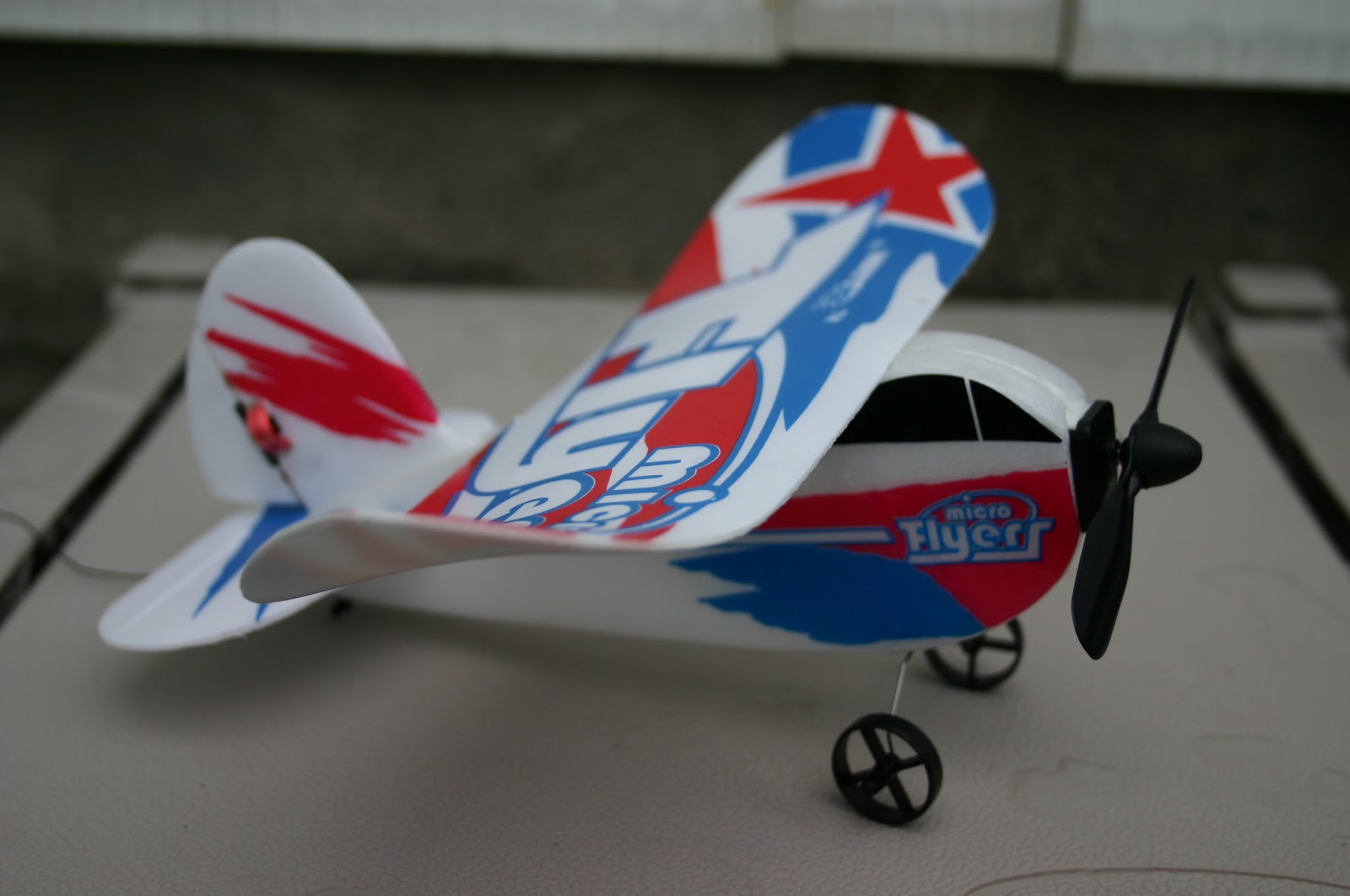 Building a model plane and then flying the model plane I think gives the most satisfaction but buying a model plane that is ready to fly (RTF) can be fun too. When my local flying buddies and I started flying some of the first electric radio control planes indoors there were not even kits available, the radio control came from a unit designed to fly a model indoor blimp. At some time after this the Wattage Micro Flyer was available mail order for around $30 I think. This tiny plane was made from foam and had the lightweight lithium battery which was a big advantage over the heavy nicad batteries we had been using. The radio technology was rather crude in that it was push button operation of a magnetic actuator that moved either right or left without proportional control. I started flying a non-proportional radio control system so many years ago and I caught on to flying the Micro Flyer pretty quickly.  It was really too fast to fly indoors so it was better to fly it outdoors when the wind was really light. 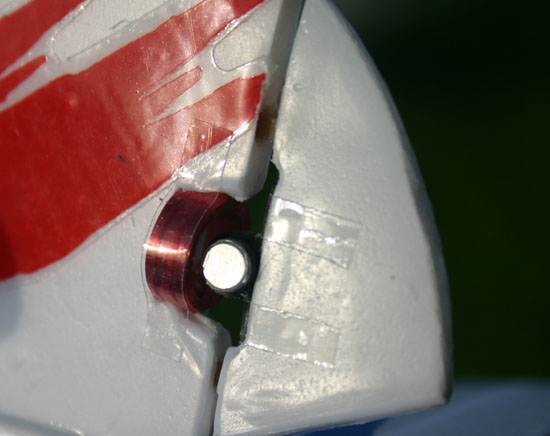 This is a picture of the vertical fin and rudder with the magnetic actuator built in. Push buttons to start it moving either right or left. To control the turn you had to give it a series of button blips like flying the really old escapement radio control systems. There was speed control of the electric motor also. 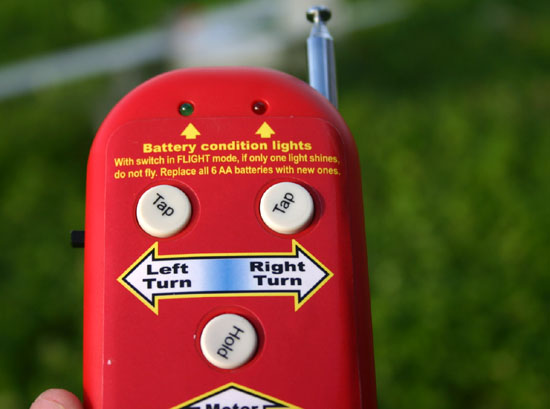 This is the push button transmitter. As you can see on the buttons the way to get the best control was to tap - tap on the buttons. 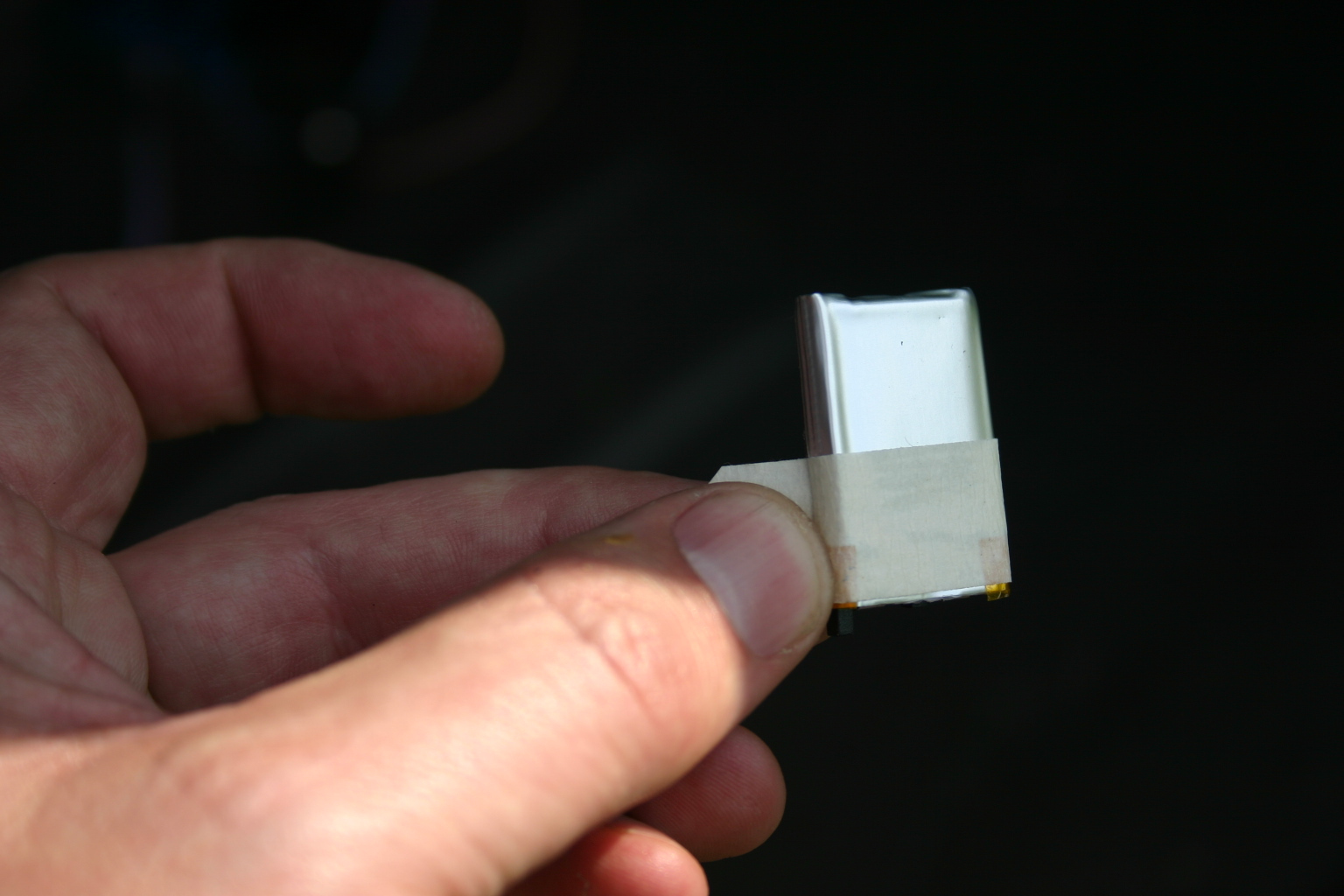 This was the lithium polymer battery that powered the radio control and the electric motor. It had to be placed on the transmitter to charged and then inserted into the airplane for charging. The connection in the plane could cause trouble at times.


This is a video of the Micro Flyer flying. It had a tendency to go into a spiral dive if you turned too much to the right. Barely missed the ground in this video.


Posted by Scienceguyorg at 8:03 PM